I've been running the Ring Video Doorbell for a little while now and I'm a fan. I love the fact that I get alerts when someone starts walking to my door, and another if they press the doorbell.

I really like that I can talk with people even if I'm not home, and that the system captures audio & video for later playback or sharing.

The one surprise I had when I bought the system was a lack of a chime for inside the house.

Most of the time the fact that my smartphone or ipad will go off when someone approaches the door is fine, but occasionally I have need of an actual chime.

It turns out Ring has you covered on this front, for a small fee.

The Ring Chime plugs in to any wall outlet, and you use the Ring app to join it to your WiFi and connect it to the doorbell unit. 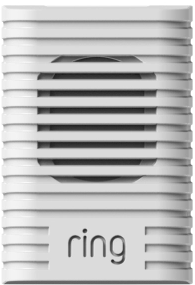 Setup was a initially fast, it uses the standard "Ring" music by default, but there are a host of other noises it can make from different musical instruments to simulating barking dogs.

After a brief consultation with my wife we decided to use a traditional doorbell "Ding Dong" sound.

The frustration began to kick in here. No matter what I did the setting wouldn't save.

Finally I read up on how to update the firmware of the device. Turns out it's as simple as unplugging it and then plugging it back in.

I did this, it updated it's firmware, and after that everything began working as it should.

A small kink that Ring could probably communicate better to their clients, but otherwise I have to say I still think it's a fantastic product.

If you're starting to put together your wish list for the holidays, you might want to add the Ring doorbell to it.