Home Automation - You Need A Hub

What is home automation and why would you want it? Home automation is getting devices connected and controlled based on different criteria, be it time of day, location, temperature, moisture, security, or basically anything you can imagine.

Many people choose lighting as their initial venture in to home automation, getting the lights to turn on and off at specific times is popular, and that's how I started too. I quickly realized I also wanted to incorporate time of year and daylight savings time into the mix, and so the journey accelerated.

Getting in to home automation can be fairly easy and relatively inexpensive. These days WiFi-enabled LED light bulbs are a common sight at the hardware store. Most people have heard of connected thermostats like the Nest, and the number of other connected items grows almost daily.

The trick is being able to control all the devices easily from one central app, and having the ability to add new devices regardless of manufacturer down the road. For that you're going to need a Home Automation Hub.

The prices on these devices range dramatically, and you need to be sure you are choosing one that supports all the protocols, rather than a specific manufacturer. 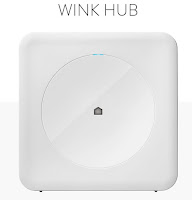 I went with the Wink Hub for a few reasons, the most relevant being price and protocols. It supports Zigby, Z-Wave, and WiFi, meaning it should be able to control most devices.

From a cost perspective the Wink is at the bottom of the price list. Right now it is regularly $100 but can often be found on sale (Home Depot and other stores) for $50 if you buy any 2 devices it can talk to. If you're just testing the waters that means you could buy 2 WiFi-enabled light bulbs and get the Wink for half off.

Currently the Wink can only be controlled by your smartphone. (Android or iOS) When I bought the Wink a couple of years ago the software was rough, getting the Wink online was a buggy process and I had to invest about 30min getting it all set up. Wink has fixed that, these days getting a Wink hooked up to your home is fast and easy, it shouldn't take you more than 5-10 minutes.

One aspect I like is you can give other people access to control specific devices as long as they install the app. Want to let your cleaning unlock/lock the door from her smartphone so you don't give her a key that can be copied? No problem, grant her permission and it's good until you revoke it. No need to worry about rogue copies of keys.

The Wink app has a "Robots" function, which is similar to IFTTT (If This Then That) but not quite as robust. Still, I was able to have it automatically turn on lights when it saw my cell phone coming home from work early, or switch off all the lights in the house if no one was home. Wink added Sunset and Sunrise as events you can trigger from, which makes having the house security lights turn on and off as the seasons change a no-brainer.

The Wink supports my Nest Thermostat, and a whole host of other devices. I'm waiting for the excuse to replace my garage door opener so I can install one that talks with Wink as well. (Chaimberlain has one that should do nicely.)

There are a growing number of things you can control with a Wink hub: lights, thermostats, smoke and carbon monoxide detectors, garage doors, etc.

The one that might save you on your insurance bill, not to mention some repairs, is a moisture detector system for your basement that will automatically turn off the water main to your house if it detects a flood.

Wink runs on a 2.4Ghz network, I haven't seen support for 5Ghz yet. This shouldn't be an issue for anyone, after all it's not streaming video, but I thought it worth mentioning.

If you're looking for a low cost way of getting in to home automation I recommend taking a look at Wink. The product list it works with expands all the time, and once it's set up it just works.

I'll have more on home automation in another article.